Abbey Inn
Se alle detaljer
Renlighed
9,6
Comfort
9,3
Beliggenhed
9,4
Tjenester
9,3
Ansatte
9,7
Samlet 9,4 Fantastisk
Baseret på 542 bedømmelser
Alle anmeldelser
Renlighed
9,6
Comfort
9,3
Beliggenhed
9,4
Tjenester
9,3
Ansatte
9,7
Fantastisk 10,0
Fordele: Værelset var meget rent og komfortabelt, især sengen! Morgenmaden var også meget godt.
Fantastisk 9,3
Fordele: Dejligt værelse, meget for pengene. God morgenmad. Meget venlig reception.
Ulemper: Værelset lugtede lidt da vi ankom, var nødt til at lufte ud. Da vi gjorde det, var det fint.
Fantastisk 9,3
Fordele: Venligt personale og rent, komfortabelt værelse med fantastisk komplet morgenmad i renoveret hjem ved siden af. Nød spabadet efter vandreture i de nærliggende parker Zion og Bryce Canyon Nat'l. Ved siden af Interstate med masser af mad, brændstof og bekvemmelighed i Cedar City. Fantastisk central beliggenhed til at nyde det sydlige Utah steder.
Fantastisk 10,0
Fordele: One of the best places I've ever stayed. I checked in after 10pm and the staff was extremely happy and made us feel welcome instantly. The rooms were large, spacious, and clean!! If you want a good breakfast you can go to ihop right next door, but don't waste your money. The Abbey inn has a fantastic full breakfast that's included in your stay.the food is great, the staff is extremely nice, and the rooms are great. I've found my new temporary home in cedar city.
Fantastisk 10,0
Fordele: We were pleased with our room's cleanliness and decor, which appeared to have a decidedly masculine slant - dark woods and modern lines. Bath was very clean and towls soft and fluffy. I had noticed on the orientation paper that there was a Breakfast House and just thought it was a different way of referring to breakfast in the lobby. Not so...it's an actual house adjoiing the property. How cool is that! All in all, a nice place to stay at a reasonable price.
Ulemper: I understand the use of water softening chemicals, but not to the extent that the water feels slimy, as was the case here. Forget about having a glass of water on the nightstand. The bathroom fan, if there was one, was nonfunctional, which was a minor inconvenience. So I reported at check out and was pleased to see the front desk make an immediate note of it. 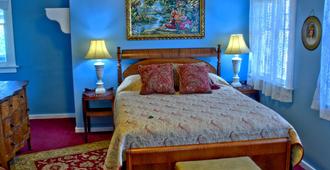 Rangeret #7
Best Western Town & Country Inn
8,5
Fantastisk 8,5
Baseret på 270 bedømmelser
Detaljer
Vurderinger
538 kr
Se tilbud
Ramada by Wyndham Cedar City
Se alle detaljer
Renlighed
8,4
Comfort
8,4
Beliggenhed
8,6
Tjenester
8,0
Ansatte
8,7
Samlet 8,4 Fantastisk
Baseret på 872 bedømmelser
Alle anmeldelser
Renlighed
8,4
Comfort
8,4
Beliggenhed
8,6
Tjenester
8,0
Ansatte
8,7
Fantastisk 9,7
Fordele: Komfortable senge, nudist-personale, nem adgang fra motorvejen
God 7,7
Fordele: Værelset, som beskrevet Personalet var venligt
Ulemper: Internetadgang
God 6,2
Fordele: Behagelig seng, nem adgang fra motorvejen.
Ulemper: Kunne have været lidt mere renere i badeværelset
Fantastisk 10,0
Fordele: Det var dejligt og roligt og meget rent.
Fantastisk 8,2
Ulemper: Ingen elevator
God 7,4
Ulemper: T v fjernbetjening virkede ikke. Ringede til kontoret forslag fra dem, om at at ordne det virkede ikke. De Kom ikke med den anden for at se, om det ville virke.
Fantastisk 8,3
Fordele: Værelset var behageligt. Sengen var behagelig. Morgenmaden var god.
Ulemper: WIFI virkede ikke på mit værelse. Ringede til receptionen, og de gav mig et nummer at ringe til i stedet for at tage sig af problemet. Selv efter jeg ringede til problemet, blev det aldrig løst.
God 6,5
Fordele: Clean linens, great staff. Nice lobby, plenty of parking, excellent access to the highway. The breakfast was above average too. Responsive climate control system. Neat experience seeing their orthodox women staff. Whether Mormon fundamentalist polygamist or Mennonites or whatever they are, they're strange looking, but very friendly and do a great job.
Ulemper: Noisy mechanical sounds heard in the bathroom Bathroom seemed an afterthought. The door itself had a chunk cut out of it so it could open around the toilet Strange bare metal bracket exposed in room with hooks sticking out, Threadbare bag holding the hair dryer, scuffed furniture. Painfully uncomfortable bed.
Middel 2,0
Fordele: Nothing the place was a dump. Hot tub was broke the owner was like it's cold and has no intention on fixing it. They rebooked my room in the middle of the first night so I had a visitor. I thought $60 a night was cheap for a ramada well now I know why.
Middel 3,7
Fordele: The staff seemed friendly, the room was quiet, the pillows were good, and the WiFi worked. Breakfast was average.
Ulemper: The room number on the door was a piece of paper that was taped over the previous chain's room number plaque. Apparently Ramada bought the hotel back in October and hasn't bothered to actually switch the room plaques in 8 months, so the tape holding on the paper covers is no longer sticky and they are flapping in the wind. The pipes rattled in the wall every time I turned on the sink. The shower curtain had a tear in it. The bathroom in the lobby was filthy, and they had a glade air freshener setting on the counter to attempt to cover the scent. In the breakfast area, part of the floor is uneven and not adhered to the floor properly, so I nearly tripped moving through the area.
God 7,7
Fordele: Accommodations were clean and comfortable and breakfast was good.
Ulemper: The outside was a little run down and the pool was out of service.
Fantastisk 10,0
Fordele: Oh my, where to begin?! I had such a relaxing stay that I wish everywhere were as great! It was a terrific experience from the moment Charity greeted me at the front desk, to the moment I discovered I had the option to using their sauna, hot tub, swimming pool, or eating at their attached resraurant. But the real amazement occurred when I walked into my room and was floored by the square footage, full bath, vanity, fridge and microwave, super comfy bed and pillows and soft linens, and sofa.
Ulemper: I heard baby crying next door and the parking lot was slippery without being prepared with proper winter attire.
Fantastisk 8,8
Fordele: The saft was very good to work with was willing to help me when I ask.
Ulemper: The roon was very clean and was well kep, but the bed was shot. I believe it is time to change. I would stay there again but would check the bed out first. We stayed in room 123.
Fantastisk 9,7
Fordele: Helpful staff allowed me to fill up our 6 gallon water canister for camping and allowed us to keep our bicycles in our room for the night. The rooms were very clean and the pool was nice.
Ulemper: The complimentary hot breakfast was lacking. The breakfast burritos were not very good and the waffle mix didn't taste very good either. I ended up having cereal. 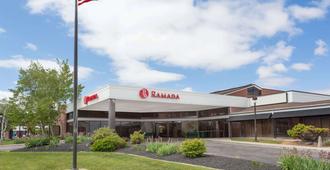 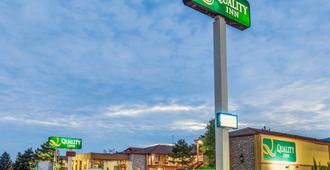 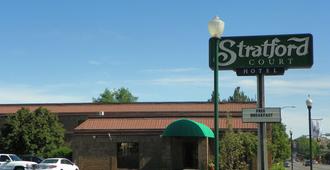 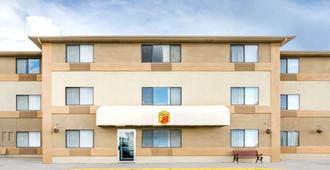 Rangeret #14
Super 8 by Wyndham Cedar City
7,6
God 7,6
Baseret på 207 bedømmelser
Detaljer
Vurderinger
304 kr
Se tilbud
Motel 6 Cedar City
Se alle detaljer
Renlighed
7,2
Comfort
6,8
Beliggenhed
8,1
Tjenester
6,6
Ansatte
7,8
Samlet 7,1 God
Baseret på 165 bedømmelser
Alle anmeldelser
Renlighed
7,2
Comfort
6,8
Beliggenhed
8,1
Tjenester
6,6
Ansatte
7,8
Dårlig 1,0
Ulemper: There was hair all over the beds and when I requested to move rooms there was the same problem in the other room. Management was rude and I eventually requested my money back and moved hotels.
Middel 3,0
Fordele: it was cheap
Ulemper: dead flies spread over the room floor
Dårlig 1,0
Ulemper: There was literal feces on the mattress cover.
Dårlig 1,0
Fordele: I liked that when I called two times throughout the day and evening - they agreed to let me be a late arrival, yet when I did Arrive at midnite - they turned me away saying that they gave my room to someone else. I had just completed 10 hours of driving.
Ulemper: I did not like that I was disregarded when I called in twice - they were basically just blowing me off both times AND I had already secured my room with a credit card as well.
God 6,0
Ulemper: They said we should have internet and they do not have it. We were given a code both nights we stayed but could not receive it. Very discouraging as I is a must nowadays.
Dårlig 1,0
Fordele: Location, price
Ulemper: Room very small vs other motel 6 ive stayed at. Water took hrs to drain from tub after shower & sink faucet very difficult to turn off. Doors had to be slammed to shut so awoken all nightcoukd hear person in next r
Dårlig 1,0
Ulemper: There was hair in the shower, the toilet had urine in it, the tv had no remote.
Dårlig 1,0
Fordele: It was close enough to the Shakespeare festival.
Ulemper: It was very dirty. I had to wipe dirt off the floor with a wet towel. There was hair all over the pillow case. The desk had sticky stuff on it. The pillows were so flat and yellowed that I had to go to Walmart and buy my own so that I could sleep.
God 7,0
Fordele: The friendly and courteous staff.
Ulemper: The manager came to check the room to see if our needs had been met and before I could answer the door started to let herself in with a key. This could have been embarrassing for both of us and a call to the room would have sufficed.
Dårlig 1,0
Fordele: Room was clean.
Ulemper: The room was not ready for guests. No towels, washcloth, soap, shampoo or water glasses.
Okay 5,0
Fordele: The room was updated and clean. I liked having the laminate floors, it felt more cleanly rather than having old stained carpet that most hotels have.
Ulemper: The beds were very uncomfortable. They could improve upon the quality of the mattresses.
God 6,0
Fordele: Location and price
Ulemper: It was very noisy. I heard the alarm in the adjacent room at 5:30 am as loud as if it were in my room. Also, several door slams in the hallway and lots of voices. 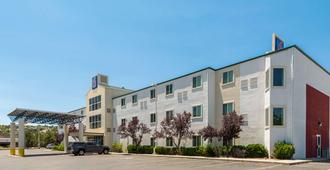