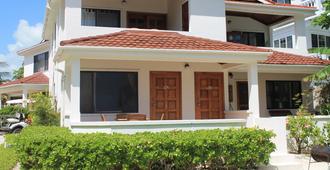 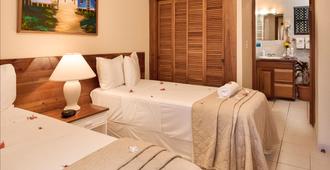 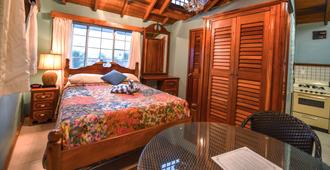 Rangeret #6
Blue Tang Inn
9,0
Fantastisk 9,0
Baseret på 54 bedømmelser
Detaljer
Vurderinger
1132 kr
Se tilbud
Sandbar Beachfront Hostel & Restaurant
Se alle detaljer
Renlighed
8,5
Comfort
8,4
Beliggenhed
9,4
Tjenester
8,3
Ansatte
8,8
Samlet 8,6 Fantastisk
Baseret på 297 bedømmelser
Alle anmeldelser
Renlighed
8,5
Comfort
8,4
Beliggenhed
9,4
Tjenester
8,3
Ansatte
8,8
Fantastisk 10,0
Fordele: The staff greeted us with smiles and were very courteous of our long day. They allowed us to put our bags down, and told us they would be safe. We believed them as if they were our friends, I guess that's the vibe they gave off. The bartender didn't rob me when I tried paying American currency. The beds were super comfortable but the top bunks are for athletes only. The beach is literally in your bar. Great views. Awesome snorkeling right off the docks. Everything seems to be yours for the taking. No one told us we were where we shouldn't be, and we were obnoxiously every where. Don't swim past the socks, there's nothing to see and you'll die on the highway of boats. Dont get me wrong, there's a boat maybe every 2 minutes, but when your heads down.... If you're looking to save a buck, stay at the Snd Bar and walk into any of the expensive resorts and hotel bars you want. You can access all of them. Side note, a lot of the bars order food from sandbar!!!! I laughed when one of the workers from my hostel delivered my pizza to the bar down the street. The AC only turns on 9-9 but that climates you to the Caribbean weather which is so important when walking and biking the beaches. Don't pay more than 40 for a golf cart... Don't get one for more than a day. All you need is a bike and you'll be breaking speed limits, literally. Sorry golf art companies. you can reach most places via bike except the secret beach... It's a secret so you'll have to ask a local snitch. Everyone offers drugs at every corner. Not to kids that I saw, but to me, every f'ing corner, not at the hostel, this is downtown (lol, I'm trying to write a good review). The only way to get them to stop is to tell them you're a U.S. Cop. Worked for me anyways. Good luck and let go! You're on Vaca Cj
Ulemper: Everything I didn't like is a common trait in Belize. Sand bar seemed to me by get away from most of it though. They took care of their dogs. 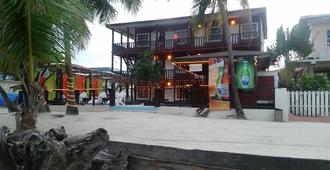 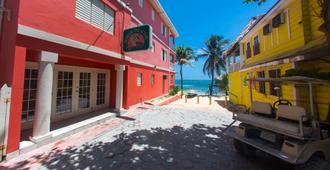 Rangeret #11
San Pedro Holiday Hotel
8,1
Fantastisk 8,1
Baseret på 30 bedømmelser
Detaljer
Vurderinger
925 kr
Se tilbud
Mata Rocks Resort
Se alle detaljer
Renlighed
8,8
Comfort
8,4
Beliggenhed
7,3
Tjenester
8,0
Ansatte
9,3
Samlet 8,3 Fantastisk
Baseret på 14 bedømmelser
Alle anmeldelser
Renlighed
8,8
Comfort
8,4
Beliggenhed
7,3
Tjenester
8,0
Ansatte
9,3
Fantastisk 9,4
Fordele: Jeg har været på øen 12 gange, og jeg planlægger at gå tilbage til Mata klipper!
Fantastisk 8,2
Fordele: The price, water front
Ulemper: small pool, window unity AC roared and kept freezing up. Breakfast was toast, coffee, and a different melon each day.
God 7,4
Fordele: The hotel is in a nice location. The staff does a good job keeping it looking nice. Rooms are clean and air conditioned. The staff was extremely nice. They were very helpful with scheduling excursions. The continental breakfast was simple and fresh (pastries, fruit, toast, orange juice and coffee). Bicycles are available to check out for free. The also have golf carts you can rent by the hour.
Ulemper: Rooms are right next to the pool, so you can have people lounging right outside your window - I mean *right outside*. Our room (#6) was small. The wifi was not great. At times it completely went away, whether you were standing at the bar or in your room. Our room was closest to the bar, and still could only get a partial wifi signal if we stood in the corner of the room that is nearest to the bar.

Rangeret #12
Mata Rocks Resort
8,3
Fantastisk 8,3
Baseret på 14 bedømmelser
Detaljer
Vurderinger
1019 kr
Se tilbud
Corona Del Mar
Se alle detaljer
Renlighed
7,7
Comfort
7,5
Beliggenhed
8,0
Tjenester
6,9
Ansatte
8,1
Samlet 7,5 God
Baseret på 88 bedømmelser
Alle anmeldelser
Renlighed
7,7
Comfort
7,5
Beliggenhed
8,0
Tjenester
6,9
Ansatte
8,1
Fantastisk 10,0
Fordele: Jeg kan godt lide havudsigten jeg havde fra mit værelse. Og Rom punch og 1$ vinger. Personalet var meget venlige
Fantastisk 8,0
Fordele: Personalet var fantastisk! Poolen var dejlig. Rom Punch var god. Prisen var god. Karla var fantastisk!!!
Ulemper: Sengene var alt for hårdt. Gratis morgenmad var ikke godt.
Fantastisk 8,0
Fordele: The hammocks by the trees. The massage by the beach
Ulemper: The audacity of the man selling scuba/ snorkeling at end of dock by hotel. He's not even diving certified and was charging more than a master diver as a middleman .
God 7,7
Fordele: Stayed three nights with friends while in San pedro. Hotel is about a twenty minutes walk from town. Most of the staff were great, except one receptionist that was less than helpful. Breakfast comes with the room, which is scrambled eggs and sausage with fruit. Nothing fancy but it hits the spot and saves money. Rooms were decent. Beds were ok, not the best, but again, they did their job.
Middel 2,0
Fordele: Nothing
Ulemper: Horrible food,. No maintenance, totally overpriced. We were booked and.paid for 7 nights, but left after just one night
Fantastisk 9,1
Fordele: The staff was awesome and very friendly. They were very accommodating and made you feel at home.
Ulemper: Had a coffee pot, fridge in room but no cups or glasses.. 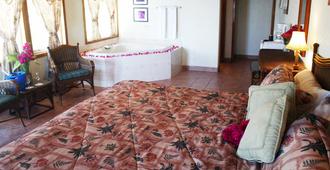