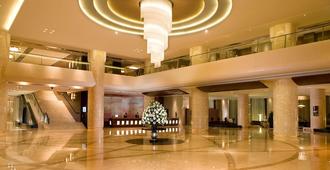 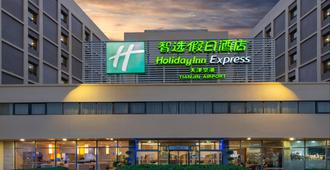 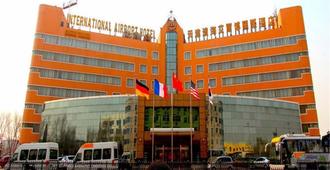 Rangeret #3
Tianjin International Airport Hotel
Detaljer
349 kr.
Se tilbud
Grand Skylight
Se alle detaljer
Detaljer
With a stay at Grand Skylight Hotel Tianjin in Tianjin, you'll be in the business district and within the region of Tianjin Kerry Centre and Zhongxin Park. This 4-star hotel is within the region of Former Residence of Liang Qichao and Wanghailou Church.Rooms Make yourself at home in one of the 198 air-conditioned rooms featuring minibars and LCD televisions. Complimentary high-speed (wired) Internet access keeps you connected, and cable programming is available for your entertainment. Private bathrooms with separate bathtubs and showers feature complimentary toiletries and hair dryers. Conveniences include phones, as well as safes and desks. Take advantage of recreation opportunities including a sauna and a fitness center. This hotel also features complimentary wireless Internet access, an arcade/game room, and gift shops/newsstands.Dining Enjoy a meal at one of the hotel's dining establishments, which include 2 restaurants and a coffee shop/café. From your room, you can also access 24-hour room service. Quench your thirst with your favorite drink at a bar/lounge.Business, Other Amenities Featured amenities include a business center, a computer station, and complimentary newspapers in the lobby. Planning an event in Tianjin? This hotel has 7696 square feet (715 square meters) of space consisting of a conference center, conference space, and meeting rooms. A roundtrip airport shuttle is complimentary at scheduled times.
Samlet 0,0 Ringe
Baseret på anmeldelser
Alle 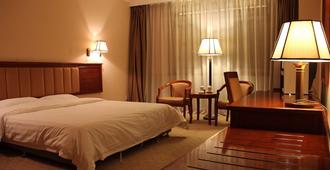 Spørgsmål og svar i forhold til hotelbooking i Dongli

Hvad koster et hotel til i nat i Dongli?