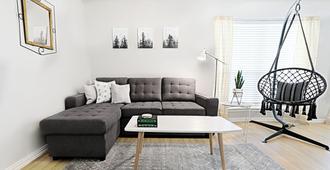 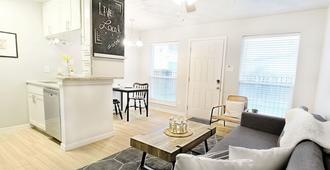 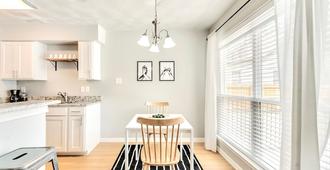 Rangeret #10
Comfortable Lakewood Flat + near downtown
Detaljer
1.269 kr.
Lower Greenville Chicrelaxing Retreat Near Baylor
Se alle detaljer
Detaljer
RELAX and enjoy this updated chic and modern 1 bedroom, 1 bath apartment! It is located in the heart of Lower Greenville, near many hospitals. Perfect for traveling medical professionals -just a hop, jump and a skip away from local bars and eateries!  This apartment has updated finishes and a chic interior that is sure to make your visit one to remember!  24/7 availability  Lower Greenville is know for Greenville Avenue, a lively dining and nightlife strip packed with trendy bistros, tequila bars and convivial patios hung with festive lights. In the early 20th Century, Greenville Avenue was one of the most important roads in Dallas, serving the new residential areas in East Dallas and playing the part that the North Central Expressway (US 75) plays today. Before the construction of the North Central Expressway in the 1950s, Greenville Avenue was the main route from Northern Dallas into downtown, with the H&TC railroad occupying the current location of North Central Expressway. In the 1910s, Goodwin Avenue was at the far north end of Greenville Avenue and served East Dallas including the Belmont Addition and Vickery Place Addition. In the 1920s, the Greenland Hills Addition was platted North of Vickery Place, and Mockingbird Lane became the northern boundary of the City of Dallas. Prior to the mid-1920s, Greenville Avenue was known as the "Richardson Road" or the "Richardson Pike". Before the construction of the North Central Expressway in 1950, Greenville Avenue was the main route to Richardson, Plano, McKinney and north to the states of Oklahoma and Arkansas. It is for this reason that the "Lower Greenville" area was developed as one of the most important centers in Dallas for shopping and restaurants, especially the area comprising "Lowest Greenville" in modern times. The arrival of the automobile in Dallas was via Greenville Avenue, and even today the Lower Greenville Avenue area is a hot spot for automobile and motorcycle enthusiasts. This is especially true for what is arguably the center of the Lower Greenville area, the intersection of Goodwin Ave and Greenville Ave, which has been a popular gathering spot and watering hole since at least the 1930s.[3] The Granada Theater was built on Greenville Avenue in 1946, and was originally a movie house. Today, it is an important music venue. It has been wonderfully preserved, and still looks just like this illustration in a news story from 1946. Head east Dallas  and explore a green wonderland and a picturesque urban lake before heading out for dinner, drinks and shopping at one of Dallas' most well-known and busiest districts. The property is located in a small complex with 20 units. The complex is a complete new build and was established in 2019 with all new appliances and finishes that you are sure to love! The comforts and coziness of this property will make you feel right at home. Public transportation is a hop jump and a skip away! If you bring a car we have secured parking if you didn't its not hard to get around, by walking and riding a scooter to local eateries. Everything to do in Dallas metroplex is a 7-15 minute drive from this location. This its a stay you don't want to miss book with us today! 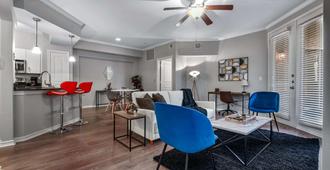